Read more about the Bäckman siblings

Follow the Bäckman sibling’s journey to the racing top

The 2019 season in TCR Europe led to several podium spots for Andreas and Jessica Bäckman. Now they are fully investing in bringing home the title in 2020. Are you interested in becoming a part of their journey towards the goal? Read more about the Bäckman siblings exciting journey to the top of the TCR Europe championship!

“– We have great expectations at our team Target Competition and with our own performance. We will do everything we can to reach the top!”

The Bäckman siblings aim to bring home the title in 2020

Young karting drivers meets the world elite
Andreas and Jessica Bäckman grew up in the largest military city of Sweden, Boden, and they come from a family with great interest in motorsport. Their uncle used to drive rallycross and is currently driving rally, while their dad always has been fixing cars. Although, their mom is the reason for them starting their racing career, as she registered them to a karting school, which she had read about in the newspaper. In 2006 both Andreas and Jessica started to compete first locally, then nationally and eventually internationally. After ten years of driving on karting tracks in Spain, France, Belgium, Germany, UK, Portugal, Las Vegas and New Orleans, they decided to take the next step in their racing careers in 2017.

Taking the step to rallycross for new experiences
Andreas and Jessica began to drive rallycross, which also included gravel in addition to asphalt. It also brought bigger cars which required a different driving technique. This meant new challenges for the siblings but also gave them a lot of new experiences of car control and shorter races, where you are forced to be alert already from the start.

From rallycross and karting towards Europe´s racing elite
In 2018, Andreas and Jessica took the step up to Racing and started to compete in Touring Cars. During the season they competed in STCC, Scandinavian Touring Car Championship, and also in the British counterpart TCR UK. Additionally, they also did an appearance in the European series TCR Europe. There, they could lean safely against their experiences of both karting and rallycross.

TCR Europe podium spots brought a desire for more
When Hyundai Motorsport GmbH launched their major junior project in 2019: Hyundai Motorsport Customer Racing Junior Driver (an initiative that promotes selected, promising racing stars), Andreas and Jessica were elected. This includes coaching, developing training and professional media management, and the support was definitely a factor in the siblings' success during the year. Andreas, for example, had a victory in the TCR Europe event in Barcelona and took two consecutive pole-positions during the season, while Jessica took podium spots in three different championships (TCR Europe, TCR Germany and TCR Scandinavia) during the year. The good results have definitely provided a desire for more and the siblings are now fully investing in bringing home the title in 2020 – and reaching their future goal of competing in the World Cup, the WTCR series.

The siblings each run a Hyundai i30 N TCR car for one of the absolute best TCR teams, Target Competition, which has a big track record. In 2015, the team won both the driver and team championships in the international series TCR International. In 2017, Target Competition became team champion in TCR Europe. After a disappointing 2018 season, the team was back in 2019 and managed to win both the TCR Europe Drivers’ and Teams’ Championship. Heading into 2020, the team aims to defend both their titles. The team was founded in 2004 by Andreas and Markus Gummerer and is today one of Europe's most qualified racing teams. 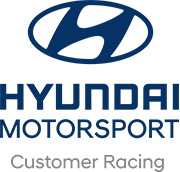 Be a part of their journey

Andreas and Jessica Bäckman has an international breakthrough power, but also a local and national presence. With their down-to-earth way of being combined with an undoubtable will to succeed, they can offer you a unique collaboration in Sweden as well as in Europe.

Use TCR Europe as an event platform
Create interest in your business in both social media and on the web.
Take advantage of the exposure of your brand in media and TV.
Use Jessica and Andreas as ambassadors, lectures, customer hits, etc.